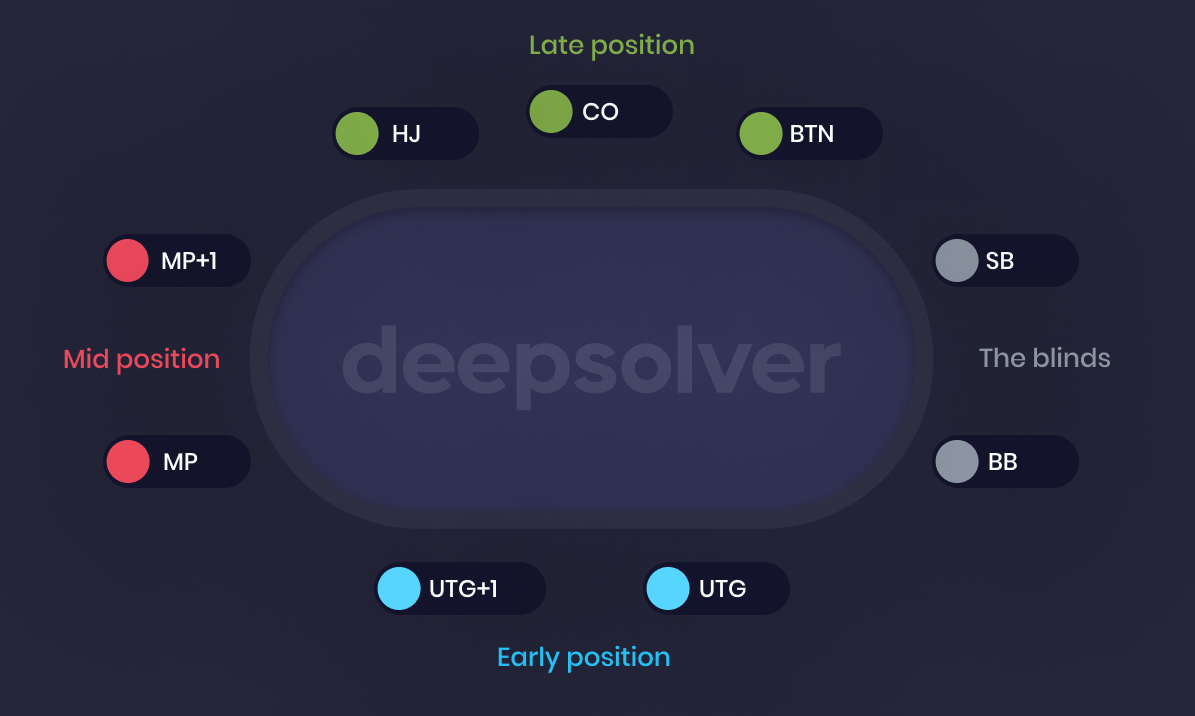 SB - Small Blind: The player on the left side of the dealer. He must pay ⅓ – ⅔ of a big blind.BB - Big Blind: The player on the left side of the small blind, two positions clockwise from the dealer button. This player must pay one big blind, defined before the game starts.UTG - Under the gun: In flop games like Texas hold'em and Omaha poker it is the position to the left of the big blind. The player in the UTG position is forced to act first, with no option to know other players' decisions before his own action. That put him under pressure and have an impact on his strategy.UTG+1 - Under the gun + 1: Player sitting to the immediate left of the person who is "under the gun", he is second to act in the pre-flop betting round.MP - Middle position: Middle positionMP+1 - Middle position +1: The seat left to the first middle position.HJ - Hijack: Position to the right of the “cutoff” and two seats to the right of the “button.” In a full ring game of hold'em or Omaha (i.e. with 9 or 10 players in a game), it is one of the late positions, taking advantage of knowing decisions of players who had to make their action before.CO - Cut-off: The seat to the right of the button.BTN - Button, Dealer: Button, dealer position, last to act in a betting round. Being "on the button" allow you to see every opponent's decision, and makes it the most advantageous and most profitable position in poker. Back to help center

Was this article helpful?